"Say this for big league baseball: it is beyond any question the greatest conversation piece ever invented in America." - Bruce Catton

Major League Baseball (abbreviated as MLB) refers to the entity that operates North American professional baseball's two major leagues, the National League and the American League, by means of a joint organizational structure which has existed since 2000, although collaboration between the two leagues dates back to 1903. Major league baseball, uncapitalized, is the highest level of play in professional baseball in the world. More specifically. On an organizational level, MLB effectively operates as a single "league", and as such it constitutes one of the major professional sports leagues of North America. Before separate league offices were abolished and the roster of umpires, once run by the leagues, was consolidated into a single major league roster of umpires in 2000, coordination was the purview of the office of the Commissioner, established in 1921. One major step towards consolidation occurred in 1984, when the two league presidents were made to report directly to Commissioner Peter Ueberroth; this was done to enhance the Commissioner's power, in order to entice Ueberroth to accept the office, and in recognition that a structure based on two fully independent leagues was becoming outdated. 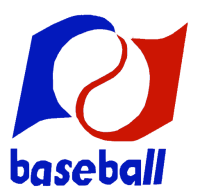 MLB as well maintains a unique, controlling relationship over the sport, including most aspects of minor league baseball. This is due in large part to a 1922 United States Supreme Court ruling in the case Federal Baseball Club v. National League which declared baseball is not considered interstate commerce (and therefore not subject to federal antitrust law), despite baseball's own references to itself as an "industry" rather than a "sport."

The production/multimedia wing of MLB is New York-based MLB Advanced Media, which oversees MLB.com and all 30 of the individual teams' websites. Its charter states that MLB Advanced Media holds editorial independence from the League itself, but it is indeed under the same ownership group and revenue-sharing plan. MLB Productions is a similarly-structured wing of the league, focusing on video and traditional broadcast media.

The Major League regular season runs from late March or early April to late September or early October. Players and teams prepare for the season in spring training, primarily in Florida and Arizona, during February and March. Four rounds of playoffs follow the regular season, culminating in the World Series in late October or early November (see Baseball calendar for more details).

This page is in need of some additional content. Please help the Bullpen by expanding it, or learn how to contribute.
Retrieved from "https://www.baseball-reference.com/bpv/index.php?title=Major_League_Baseball&oldid=1149412"
Categories:
Hidden category: