Oracle Park is the home of the San Francisco Giants, located in the harbor-front section of downtown San Francisco, CA. The ballpark is built on the edge of an inlet in San Francisco Bay that was renamed McCovey Cove when the ballpark opened in 2000 in honor of Hall of Fame slugger Willie McCovey. The right field fence is built on the edge of the water, and home runs hit over the bleachers in right field are "splashdown homers", falling into the water. Fans often congregate on the creek in small boats at game time in the hope of catching one of these homers. When the ballpark first opened, the Giants had a team of Portuguese water dogs, known as BARK (Baseball's Aquatic Retrieval Korps) trained to retrieve balls that fell into the water. The balls were then auctioned off and profits generated used to benefit animal shelters. The project, which received a lot of media coverage, ended after a couple of seasons.

The ballpark was originally called Pac Bell Park, then in 2004 changed its name to SBC Park and in 2006 to AT&T Park, reflecting changes in corporate sponsors. Following the 2018 season, a new corporate sponsor was sought and the name became Oracle Park starting in 2019. 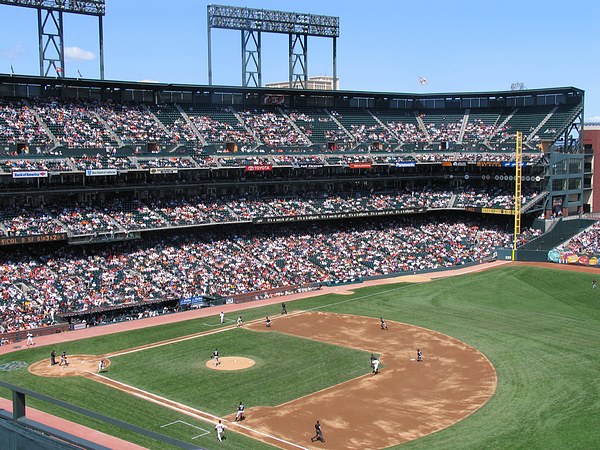