Home of the Houston Astros, 2000 to present 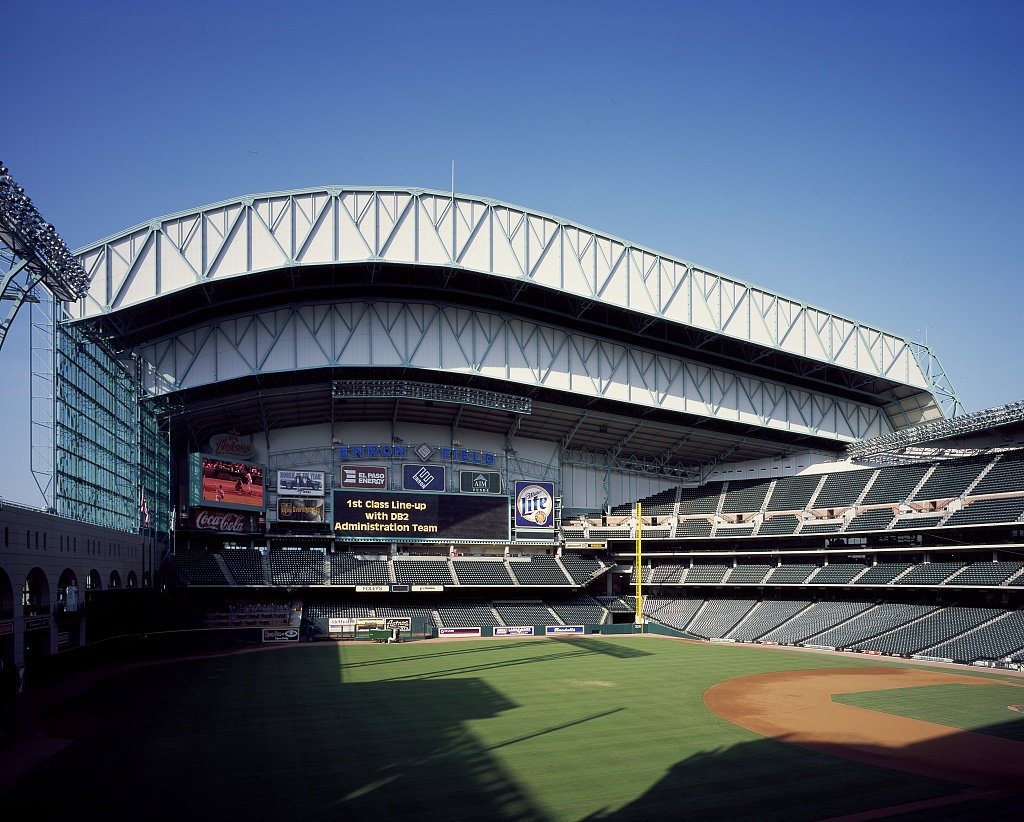 Ballpark Overview: Minute Maid Park is the home of the Houston Astros. The stadium features a retractable roof that can open or close in approximately 15 minutes. When the Astros faced the New York Yankees for the first exhibition game played here in 2000, it was the first time major league baseball was played in Houston on real grass and under the sun since 1964. The Yankees had also been the visitors when the Astrodome had opened in 1965.

The park was originally called Enron Field. After the Enron Corporation collapsed in a huge scandal late in 2000, the Astros were able to terminate the naming rights contract with the company and the stadium was briefly known as Astros Field until a new naming rights deal was put together with Houston-based Minute Maid in 2002. That last deal has led the stadium to be nicknamed the Juice Box, which is also a reference to how well the ball travels in the ballpark, especially in contrast to the Astrodome, which was a graveyard for power hitters.

Unique features of the stadium include the replica 25-ton, 19th-century train filled with giant oranges, and, until the end of 2016, an in-play flag pole in dead center and the 30° hill it's placed on known as "Tal's Hill" after team president Tal Smith.

Minute Maid Park was the Astros' home for their only World Series appearance in 2005. It was also the site of the 2004 All-Star Game and the 2014 Civil Rights Game.