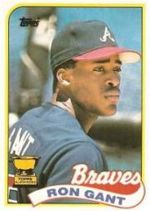 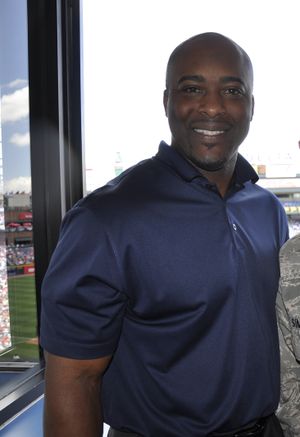 Ron Gant was signed as a 4th round pick in the 1983 amateur draft by the Atlanta Braves and scout Charlie Smith.

After a successful rookie campaign at second and third base in 1988, Gant spent part of his sophomore season in the minor leagues, both to re-adjust his approach at the plate due to an extensive slump, and to learn how to play the outfield.

His career suffered a serious setback in the off-season between 1993 and 1994, when he was released by the Atlanta Braves after suffering injuries in a dirt-bike accident. He missed the entire 1994 season but rebounded, however, to win the National League's Comeback Player of the Year Award in 1995 as a member of the Cincinnati Reds. In fact, he tied a Major League record that season by hitting four extra-inning game-winning home runs.

The two most similar players through 2006, according to the similarity scores method, are Reggie Sanders and Jimmy Wynn.

Since his retirement as an active player, he has regularly appeared on TBS television broadcasts of the Braves. He is also an in-studio analysts on MLB Network.