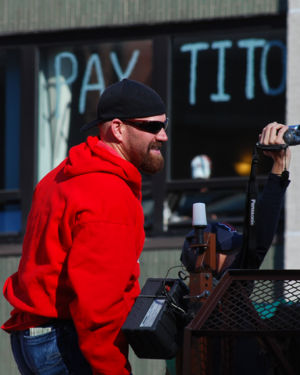 Kevin Youkilis was already a well-known player when he played in his first full season in major league baseball in 2006. This is due to his playing on the high-profile Boston Red Sox, his proclivity to take walks, and due to his being one of the prominent players in the book Moneyball, which gave him the nickname the "The Greek God of Walks". Youkilis is not Greek, but Jewish, of Romanian lineage. Some have opined that Greek-Canadian catcher George Kottaras would be a more appropriate "Greek God of Walks".

Youkilis was born in Cincinnati, OH and attended high school and college in the city. He was an All-American in 1999 and 2001 at the University of Cincinnati, and set several college records, including ones for home runs, walks, on-base percentage and slugging percentage. In his last season there, he posted averages of .405/.549/.714.

Drafted in the 8th round of the 2001 amateur draft by the Red Sox, his first stop was Lowell of the Single A New York-Penn League, where he posted an on-base percentage of over .500. Moved up to Augusta of the South Atlantic League, he was there for only 20 games before moving up again to Sarasota of the Florida State League, where he had an on-base percentage of .422. So the Red Sox moved him up again to Trenton in the Double A Eastern League, where he posted .344/.462/.500 line. He was named Red Sox Minor League Player of the Year for 2002.

The Red Sox have a reputation for keeping players in the minors a long time, as was the case with Wade Boggs. Of course, since the Red Sox are a competitive team, they usually have good players at many positions, and it's tough for a youngster to break into their line-up. Youkilis, in spite of dominating the Eastern League in 2002, went back there in 2003.

In the Eastern League in 2003, this time at Portland, Youkilis had an even higher on-base percentage, as he put up averages of .327/.487/.465. Moved up near the end of the season to Pawtucket of the Triple A International League, he hit only .165 in 32 games. That got him a ticket back there the next season.

In 2004, he played with Pawtucket, and also with the Red Sox. His averages were pretty similar in both places. At Pawtucket, he hit .266/.350/.403. With Boston, he hit .260/.367/.413. Of course, hitting in Fenway Park is not the same as hitting in Pawtucket. He was on the Red Sox's post-season roster and played one game in the ALDS against the Anaheim Angels, going hitless in two at-bats. He was not used for the remainder of the post-season as the Red Sox won their first World Series in 86 years. His first Major League hit was a home run.

In 2007, he continued to improve, playing 145 games as the Sox's first baseman, with a batting line of .288/.390/.453. He won a Gold Glove at first base and was a key element on a World Series-winning team. He was outstanding in the ALCS banging out 14 hits in 28 at-bats with 5 walks against the Cleveland Indians. He hit 3 homers, scored 10 runs and drove in 7, but lost out to Josh Beckett for the ALCS MVP Award. He then added a pair of doubles in 9 at-bats as the Sox swept the Colorado Rockies in the World Series. Youkilis set a new major league record for consecutive errorless games by a first baseman when he reached 194 in early 2008. He broke Steve Garvey's record. While Garvey's record had stood a couple of decades, Youkilis's lasted only two years, before Casey Kotchman broke it. That season, he was one of the top players in all of baseball, finishing third in the MVP vote and being named to the All-Star team for the first time. His batting line was a sparkling .312/.390/.569, and he banged 43 doubles and 29 homers while collecting a career-best 115 RBI. He had another great series in the 2008 ALCS, going 10 for 30 with 3 doubles and a pair of homers as the Sox lost in seven games to the Tampa Bay Rays.

Youkilis continued to be a critical presence in the middle of the Red Sox line-up over the next two seasons, his role becoming greater after Manny Ramirez was traded in July of 2008. He hit over .300 in both 2009 and 2010, returning to the All-Star Game the first year, when he also finished 6th in the MVP race. He hit 36 doubles and 27 homers that year, driving in 94 runs, but he was limited to 102 games in 2010, and his numbers suffered accordingly even if his rate stats remained excellent.

The Red Sox acquired All-Star first baseman Adrian Gonzalez from the San Diego Padres before the 2011 season, and for Youkilis it meant a move across the diamond back to his original position of third base, with Mike Lowell fading away into retirement. While he played well on defence and returned to the All-Star Game for the third time in four years, he again saw his playing time limited by injuries, to 120 games, and his batting average tumbled by almost 50 points, from .307 to .258. His .373 OBP was also his lowest since his rookie season, but he did hit 32 doubles, 17 homers and drove in 80 runs. The Red Sox faded - some would say choked - down the stretch that year, being caught and passed by Tampa Bay on the season's last day, thus missing the postseason, and major changes were on the way.

In February of 2012, it was reported that Youkilis was engaged to Julie Brady, sister of New England Patriots quarterback Tom Brady. He headed into the season, under new manager Bobby Valentine, secure about his position as the Sox's everyday third baseman, but events would prove otherwise. He started the season slowly, his batting average continuing to fall. He was hitting .219 when he went on the disabled list in late April. This brought up top prospect Will Middlebrooks, who immediately impressed the team's brass with his smooth hitting stroke. When Youkilis returned to the line-up on May 22nd, he had to prove that he could return to his previous level of play, but he continued to struggle, while Middlebrooks shined every time his name was written in the line-up. On June 23rd, Youkilis was hitting .225 in 41 games and Middlebrooks over .330 when Valentine announced that he would be giving the youngster more playing time at Kevin's expense. After another great performance by the rookie that day, Youkilis made one final start at 3rd base for the Sox on June 24th. He hit a single and a 7th-inning triple in front of hometown fans at Fenway Park before being removed for pinch-runner Nick Punto. He waved to the crowd and hugged his teammates in the dugout, as everyone sensed it was the end of an era. Indeed, shortly after the game, the Red Sox announced that he had been traded to the Chicago White Sox in return for utility player Brent Lillibridge and pitching prospect Zach Stewart. He then played 80 games for the White Sox, hitting .236 with 15 homers and 46 RBI. On December 11th, he signed a one-year contract with the New York Yankees for $12 million, where he was expected to fill in for the injured Alex Rodriguez.

In his first day in spring training with the Yankees on February 14, 2013 he made a statement that was a bit disconcerting for his new fans: "I'll always be a Red Sox. To negate all the years I played for the Boston Red Sox, and all the tradition, you look at all the stuff I have piled up at my house and to say I'd just throw it out the window, it's not true." However, his presence on the Yankees became even more important when they lost three more key players during spring training, OF Curtis Granderson, SS Derek Jeter and 1B Mark Teixeira. Youkilis got off to a solid start in their absence, hitting .279 with 4 doubles and a pair of homers in his first 16 games, but on April 20th, he had to leave a game with soreness in his back, and then did not play for an entire week. The Yankees were about to place his name on a crowded disabled list, but he showed in batting practice that he was fine and returned to the starting line-up on April 27th, going 0 for 3 with a walk and a run scored against the Toronto Blue Jays. However he felt more tightness the next day and was out of the line-up once more, and at this point decided to undergo an MRI test. The test did not show anything obviously wrong, but he received an epidural injection to ease the pain, and was placed on the disabled list a day later. GM Brian Cashman immediately admitted that it had been a mistake to have Kevin return to the line-up two days earlier, before he was ready. He was finally back on May 31st, going 1 for 4 as the DH in a 4-1 win over the Red Sox. He did not stay healthy for long, though, as on June 14th he returned to the DL, this time with a strained back and did not return that season. He ended the year at .219 with 2 homers and 8 RBI in only 28 games.

On December 20th, he signed a one-year contract with the Rakuten Golden Eagles, defending champions of Nippon Pro Baseball, hoping to re-launch his career in Japan. He replaced Casey McGehee on the roster as McGehee had returned to the majors. He debuted on Opening Day, starting at first base and hitting 5th. He struck out his first at-bat against Takayuki Kishi and got his first NPB hit in the sixth, a single off Kishi. A day later, he homered off Yusei Kikuchi for his first home run in Japan. He hit only .215/.342/.323 in 21 games before an ankle injury ended his season. After the season, he announced his retirement. He became eligible for the Hall of Fame in 2019 but did not receive a single vote in his lone appearance on the ballot.

He is the most prominent alumnus of the University of Cincinnati to play in the majors. The school wanted to rename its baseball field, currently Marge Schott Stadium after the former (and controversial) owner of the Cincinnati Reds, Marge Schott, as "Kevin Youkilis Field at Marge Schott Stadium". He politely declined the honor, noting that he is of Jewish descent, that Schott was known for disparaging Jews during her lifetime and that "I will never let our family name be next to someone that was filled with such hatred of our Jewish community."