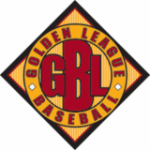 The Golden Baseball League was an independent minor league in California, Arizona, Utah, and Canada whose member teams were not associated with any Major League Baseball teams. It operated from 2004 to 2010.

The GBL did not use the designated hitter rule; rather, pitchers batted for themselves. Player salaries ranged from $750 to $3,000 per month. Each team's entire payroll was less than a third of what the major league mininum is for one player ($316,000).

In its final years the league operated as a ten-team circuit composed of two divisions. The GBL had planned to add additional teams in California and Arizona, plus teams in Oregon within five to seven years. Following the 2010 season the league merged with the United Baseball League and Northern League to create the North American League. The franchises in Calgary, Chico, Edmonton, Maui and Yuma all survived the move and became the members of the North American League.

The Golden Baseball league was formed in 2004 and began play on May 26, 2005. For their first season, the league was comprised of eight teams that played their home games in city- and university-owned stadiums, with the exception of the Japan Samurai Bears, a traveling team of Japanese players that played all of its games on the road. Three of the GBL's teams, the Chico Outlaws, Long Beach Armada, and Yuma Scorpions, operated in former Western Baseball League cities. On May 9, Major League Baseball's all-time stolen base leader, Rickey Henderson, signed a contract to play for the GBL's San Diego Surf Dawgs. The season ended with a four team championship tournament on Labor Day Weekend. The tournament ended with the Surf Dawgs winning two games on the final day, knocking off the Mesa Miners in the second game to wrap up their championship season.

For the 2006 season, the returned as a six team league. The Mesa Miners and Surprise Fightin' Falcons suspended operations, and the Japan Samurai Bears also would not return. However, a new team, the Reno Silver Sox, became their first club in Nevada and went on to capture the league title.

The St. George Roadrunners replaced the San Diego Surf Dawgs in 2007, and the Chico Outlaws won the championship that season, defeating the Long Beach Armada 3 games to 1 in the finals.

For the 2008 season, two Canadian teams from the Northern League, the Calgary Vipers and the Edmonton Cracker-Cats, joined the Golden Baseball League and the circuit split into two divisions.

For the 2009 season, the Reno Silver Sox folded, the Edmonton Cracker-Cats were replaced by the Edmonton Capitals, and the Tucson Toros and Victoria Seals began play.