In the 1916 World Series, the Boston Red Sox beat the Brooklyn Robins (who were called the Dodgers just as often, if not more) four games to one.

Casey Stengel shined on offense for the Robins in the 1916 Series but the Red Sox pitching core ultimately proved too much for the denizens of Flatbush. The Sox's Babe Ruth pitched 13 shutout innings in Game 2, starting a consecutive scoreless innings streak that would reach 29 in 1918. As with the 1915 Series, the Red Sox played their home games at the larger Braves Field, and it paid off as they drew a then-record 42,620 people for the final game.

Brooklyn fielded some strong teams under their manager and namesake Wilbert Robinson in the late 1910s. The Robins, also interchangeably called the Dodgers, became the last of the "original eight" National League teams to participate in a modern World Series, and would win the pennant again in 1920, but the American League teams were generally stronger during that interval. It would be 39 years before the Dodgers would win their first World Series title in 1955. The 1916 series featured the longest game in World Series history, with a 14-inning Game 2, a record that would last until Game 3 of the 2005 World Series.

This was the first meeting between the two franchises in a World Series; they would not meet again in the series until 2018, by which time the Robins had become the Los Angeles Dodgers. The 102-year gap between meetings is the longest in the history of the Fall Classic. 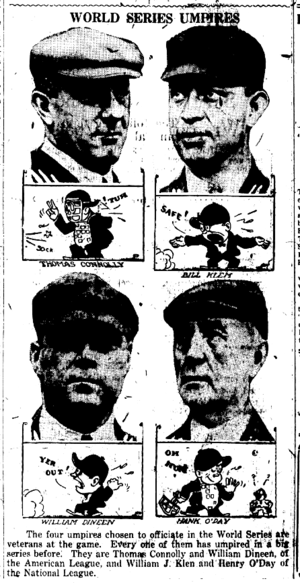 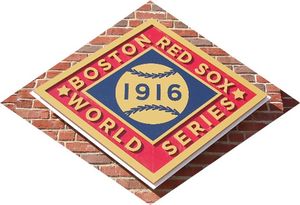 This page is in need of some additional content. Please help the Bullpen by expanding it, or learn how to contribute.
Retrieved from "https://www.baseball-reference.com/bpv/index.php?title=1916_World_Series&oldid=1067323"
Categories:
Hidden category: