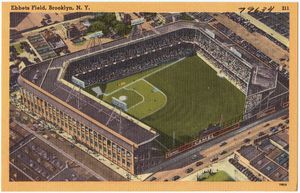 Ebbets Field, located in Brooklyn, New York, was the home of the Brooklyn Dodgers (under various names) from 1913 until their departure for Los Angeles after the 1957 season. It was named after Charlie Ebbets, who at various times had been an owner, club president and manager. 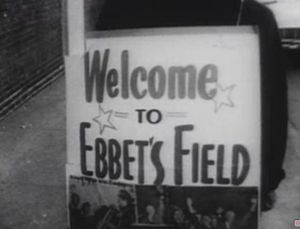 Ebbets Field was known for its extraordinarily short dimensions in its later years. Not a single dimension exceeded 390 feet. It was also known for its colorful, working-class fan base, including such legendary figures as Hilda Chester and the Dodgers Sym-Phony.

The park was also home of the Brooklyn Eagles of the Negro National League in 1935.