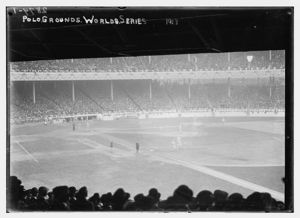 In the 1913 World Series, the Philadelphia Athletics beat the New York Giants four games to one.

The A's pitching gave the edge to a closer-than-it-looked Series in 1913. The great Christy Mathewson lost his Series swan song in the final game to an old college rival and eventual fellow Hall of Fame member, Eddie Plank.

The Giants thus became the first National League team since the Chicago Cubs (1906-1908) to win three consecutive pennants. They were also the second club (following the Detroit Tigers (1907-1909) to lose three consecutive World Series; and, as of 2012, the last to do so. 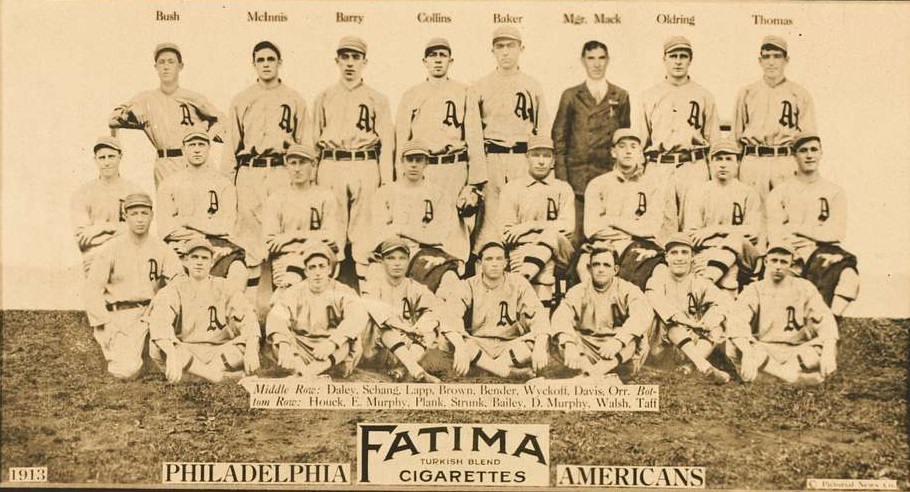 This page is in need of some additional content. Please help the Bullpen by expanding it, or learn how to contribute.
Retrieved from "https://www.baseball-reference.com/bpv/index.php?title=1913_World_Series&oldid=1126300"
Categories:
Hidden category: