Note: This page links to Hall of Fame third baseman Frank "Home Run" Baker; for other with the same name, click here. 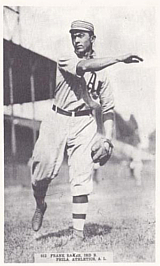 The Legend of Home Run Baker[edit]

"Baker is the greatest climax player of baseball." - Christy Mathewson 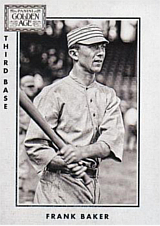 In the first half of the 20th century, when journalism was not operating under the illusion of purity and objectivity, sportswriters were fond of giving their heroes colorful nicknames. Thus Babe Ruth was known as the "Sultan of Swat", Joe DiMaggio was the "Yankee Clipper", Ty Cobb was the "Georgia Peach" and Ted Williams was the "Splendid Splinter". But only one major league player was ever directly associated with baseball’s most renowned feat of hitting a home run.

John Franklin Baker only hit 96 home runs during his career, which lasted from 1908 to 1922. But the third baseman in Connie Mack's $100,000 infield would gain lasting fame as "Home Run" Baker simply because of the two he hit for the Philadelphia Athletics in the 1911 World Series against the New York Giants. The home runs came in critical situations off of two Hall of Fame pitchers – Christy Mathewson and Rube Marquard – and would help carry the Athletics to the second of three World Series titles they would win under Mack between 1910 and 1914. The home runs also touched off a war of words between Mathewson and Marquard, two teammates who were writing first-person columns in the New York newspapers during the Series. In all likelihood, it was their ghostwriters who were the ones that penned the offending words. But the most memorable journalism that emerged from the 1911 World Series was that the Athletics third baseman – who would be elected to the Hall of Fame in 1955 – had a new nickname that would last forever.

Frank Baker was born on March 13, 1886, in the small town of Trappe on Maryland’s Eastern Shore and earned renown as a semi-pro player in the nearby town of Cambridge. In 1908, he played for the Reading Pretzels in the Tri-State League where he was discovered by Connie Mack. His contract was purchased after two months by the Athletics, who owned a large part of the Reading team.

Harry Grayson wrote in his 1942 book, They Played the Game: "Baker, dark-skinned and dour left-handed batter standing 5-foot-11 and weighing 173 pounds, had the bowed legs of Honus Wagner and walked like a soft-shelled crab. He appeared so awkward at third base that such a sharp-eyed baseball man as Jack Dunn of Baltimore once let him go. Connie Mack [...] observed things in the boy passed up by scouts. Mack grasped the idea that Baker was a daring fielder who wasn’t afraid of making an error in going out of his way to make a play [...] despite his ungainliness and lack of grace, Baker was a superlative baserunner."

Mack may have been smitten by Baker but he did not admit it. Baker joined the Athletics in Chicago and found his manager in the hotel dining room.

"I see that you are," Mack said tersely. 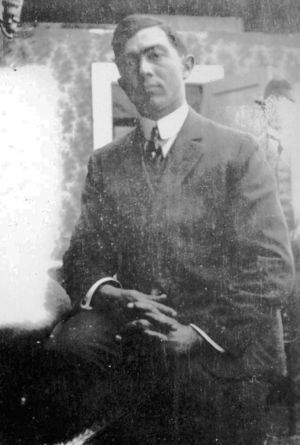 Baker played in just nine games in 1908 but took over as the A's starting third baseman in 1909, replacing Jimmy Collins. Jack Barry replaced Simon Nicholls at shortstop and Eddie Collins took over for Danny Murphy at second base and Mack had three of his four famous infielders in place. Baker hit .305 with four home runs, 85 RBI and 20 stolen bases as the Athletics jumped from 68-85 to 96-68 in 1909. In 1910, the Athletics won 102 games, ended the Detroit Tigers's three-year reign as American League champions and knocked off the Chicago Cubs in five games in the World Series. Baker hit .283 that year with 74 RBI and 21 stolen bases, then hit .409 in the World Series. The Athletics were only getting started and so was Baker.

From 1911 to 1914, Baker was the best third baseman in baseball. Historian Bill James called those four years: "by far the best four-year stretch by a third baseman in baseball history." Casey Stengel would say later: "A bit cumbersome in the field but a good hitter. They say he even irritated Walter Johnson and Johnson threw at him once which he never threw at anyone because he was scared of killing a man with all that speed."

In 1911, the A's were the class of the American League. Jack Coombs led their pitching staff by going 28-12 with a 3.53 ERA, left-hander Eddie Plank was 22-8 with a 2.10 ERA and Albert "Chief" Bender was 17-5 with a 2.17 ERA. First baseman John "Stuffy" McInnis replaced Harry Davis and the $100,000 infield was set. McInnis hit .321, the Athletics hit .296 as a team and, after a slow start, won the American League pennant by 13 1/2 games over the Tigers. Baker, 25, had a breakthrough year, hitting .334 with a league-leading 11 home runs and 115 RBI. He and Collins each stole 38 bases on a team that swiped 226 on the season. The 1911 World Series would be where Frank would earn his famous nickname against the New York Giants. He hit a go-ahead home run off Rube Marquard in Game 2 and a ninth-inning game-tying home run off Christy Mathewson in Game 3. Baker then solidified the nickname by leading the American League in home runs for three more consecutive seasons. Two of those seasons, he also led the American League in runs batted in, and he earned a third World Series ring in 1913.

He played third base for the Athletics until 1915, when he sat out the entire season in a contract dispute, playing with a semi-pro team in Upland, PA. Baker also missed the 1920 season, which he took off to look after his two small children after the death of his wife. He played again for Upland during that season. He was sold in 1916 to the New York Yankees, with whom he finished his career. Baker was elected to the Baseball Hall of Fame in 1955. His legacy has grown over the years and is regarded by many as the best third baseman of the pre-war era.

Baker owned and ran several farms on the Eastern Shore of Maryland and returned there after his baseball career. He remarried and, in 1924, managed the local Class D minor league team, the Easton Farmers in the Eastern Shore League. He managed Jimmie Foxx in his first pro season. Baker began the 1925 season managing the Farmers, but was succeeded during the season, first by Charles Gault and then by Buck Herzog. Baker died from a stroke on June 28, 1963.