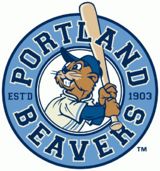 In 1978 the city was granted one of the two Pacific Coast League expansion teams, along with the Vancouver Canadians, and the Beavers were reborn. This version of the Beavers would last 16 seasons before an eventual move to Salt Lake City, UT to become the Salt Lake Buzz for the 1994 season.

In 2001 the PCL left the southwest to return to Portland. The Albuquerque Dukes moved up to Portland and became the newest incarnation of the Beavers. The club would play in their old home of PGE Park through the 2010 season when the stadium would be converted to a soccer only facility for the city’s new Major League Soccer team, the Portland Timbers. With no other facility available for the team within the city the club was returned to the southwest, this time going to Tucson, AZ to become the Tucson Padres.

This page is in need of some additional content. Please help the Bullpen by expanding it, or learn how to contribute.
Retrieved from "https://www.baseball-reference.com/bpv/index.php?title=Portland_Beavers&oldid=1184728"
Categories: