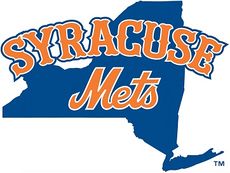 The Syracuse Mets of the International League and briefly in Triple-A East, became an owned-and-operated farm club because of exactly the kind of problem that led to MLB's 2021 Minor League Reorganization. The New York Mets farmhands play their home games at NBT Bank Stadium in Syracuse, NY]].

Unhappy with their Triple-A affiliate being cross-country in Las Vegas, the Mets bought the Syracuse Chiefs after the 2017 season to make them their Triple-A farm team in the 2019-2020 affiliation cycle. This created the rare if not unique situation of one MLB club parenting another's minor leaguers for that one campaign, as the Chiefs were then affiliated with the Washington Nationals.

Their first season as the actual parent club, for which they switched to the Mets brand, saw a nearly 20 percent attendance jump. The parent team marked the change by coming to Syracuse on March 25th for a practice in front of local fans, an excursion that did not sit well with a few Mets players. Noah Syndergaard complained loudly about the extra travel required not long before opening day.

The next year, Heisman Trophy winner and former NFL quarterback Tim Tebow filled seats as he had everywhere in his minor league run until his second straight season-ending hand injury. The Coronavirus pandemic cost him not only the 2020 season but a World Baseball Classic berth for his native Philippines. He retired from baseball just before 2021 spring training.