Pat Listach was the American League Rookie of the Year in 1992 as the everyday shortstop for the Milwaukee Brewers. That year, he hit .290/.352/.349 (his highest batting average previously was .272 for the advanced A Stockton Ports) and stole 54 bases. Unfortunately, injuries would play a large role in his career and he would never duplicate this season, as he hit .238/.306/.298 and stole 58 bases over the next four years. He did, however, hit .292/.333/.352 in 16 games in 1994; that was the only year his slugging percentage was higher than his on-base percentage. His fielding percentage at shortstop was also starting to slide and the Brew Crew tried him at both second base and center field. It was at the latter where he played the most in 1996 (68 games vs. 21 at other positions). He was traded to the New York Yankees on August 23, 1996 with Graeme Lloyd for Gerald Williams and Bob Wickman. He never appeared in a game for the Yankees or any of their minor league affiliates, because he was hurt, and the Brewers later sent pitcher Ricky Bones to the Yankees as compensation for having sent them damaged goods.

For the 1997 season, he was signed as a free agent by the Houston Astros. Houston was hoping a change in scenery would be good for the former Rookie of the Year and planned on using Listach as their everyday shortstop, something that hadn't happened since 1993. Unfortunately, Listach hit a paltry .182/.247/.227 before being released on July 1st. The Cleveland Indians picked him up on July 25th and assigned him to AAA Buffalo, where he hit .260/.375/.301 in 25 games; his fielding percentage at shortstop in 12 games there was .929 (he committed no errors at second base, third base or the outfield), well below his major league career average of .967.

He was a non-roster invitee to spring training in 1998 with the Seattle Mariners, but did not fare well and was cut before the season commenced. He played that season at the AAA level in the International League back with Buffalo in the Indians organization and the Scranton/Wilkes-Barre Red Barons, a Philadelphia Phillies affiliate. He hit a combined .219/.301/.281 in what was his final season as a player - he was finished at age 30. 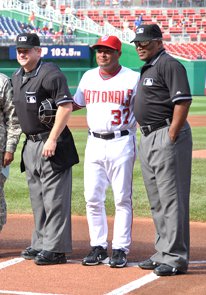 After one season as coach for the Lansing Lugnuts and five seasons as the hitting coach for the Iowa Cubs, Listach took over as manager of the West Tenn Diamond Jaxx in 2006. After the 2006 season, the team's parent club, the Chicago Cubs, changed affiliates, and Listach was named manager of the Tennessee Smokies. Listach served as the third base coach for the Washington Nationals in 2009 and 2010. In 2011, he rejoined the Cubs as bench coach under manager Mike Quade, then when Dale Sveum was hired as manager in 2012, he moved over to the third base coaching position. In 2013, Listach was the Los Angeles Dodgers' minor league infield coordinator. In 2014, he moved to the Houston Astros as third base coach but stayed for only one season.

Listach joined the Seattle Mariners organization as manager of the AAA Tacoma Rainiers from 2015-2018. He then managed the Acereros del Norte in 2019 and 2021. Listach returned stateside in 2022 as bench coach of the Jersey Shore BlueClaws.

His grandfather Nora Listach pitched in the Negro Leagues.