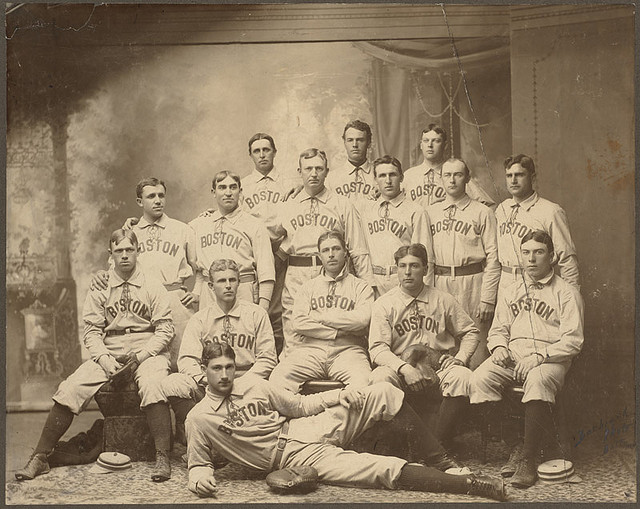 On May 2nd, the 1901 Boston Americans defeated the Philadephia Athletics by a score of 23-12. Pete Loos made his only career appearance as the starting pitcher for the A's, and he was removed after walking four consecutive batters to start the 2nd inning. That's when the real damage started, as Boston went on to score 9 runs in that inning and 10 in the 3rd to take a 21-2 lead after 2 1/2 innings. They are the last team to score 9 or more runs in consecutive innings.