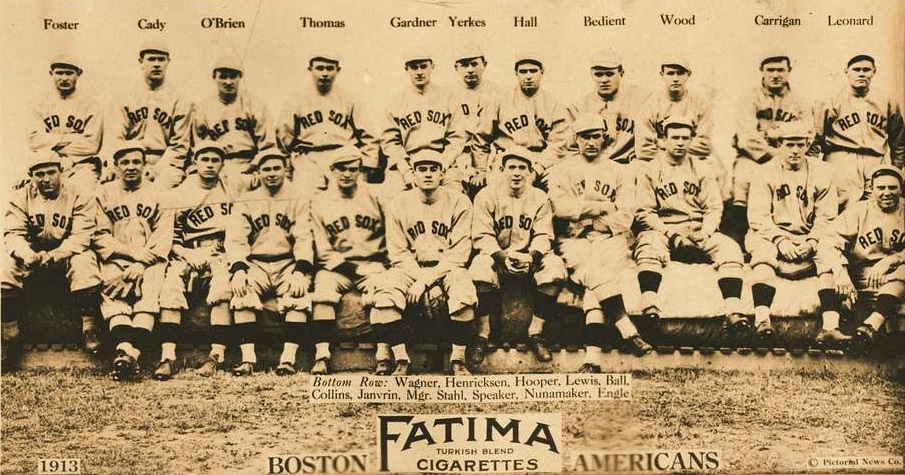 The 1913 Boston Red Sox were the defending American League champion, but never really threatened to defend their title. They were done in by a thumb injury to their ace pitcher, Smoky Joe Wood, who fell from 34-5 to 11-5, and the loss of effectiveness of Buck O'Brien, who fell from 20-13 to 3-9 and was sold to the Chicago White Sox in July in what turned out to be his final major league season. Player-manager Jake Stahl also suffered a career-ending foot injury, and Heinie Wagner also missed significant time. As a result, the Red Sox were still below .500 on September 1st, before playing somewhat better in the final month and finishing 4th, with a winning record.