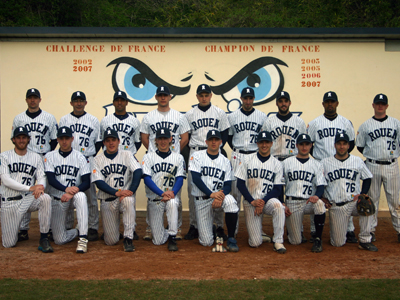 The Rouen Huskies are a top team in French Division 1 based out of Rouen, Seine-Maritime. The club was formed in 1986. They have won titles in 2003, every season from 2005-2013 and again from 2015-2019. Among their players have been several who made it to the US college levels such as Kenji Hagiwara, Boris Marche, Maxime Lefevre and Joris Bert; Bert was the first French-raised player ever picked in a MLB amateur draft. The Huskies were the first French team to win a Silver medal in a European Cup, doing so in 2007. They play their home games at the Terrain Pierre-Rolland.

The club has been ranked among the ten best in Europe since 2007, according to mister-baseball.com. They finished the 2012 year ranked seventh in Europe after their first Final Four appearance. [1] The club have won three European trophies, including the 2016 CEB Cup. 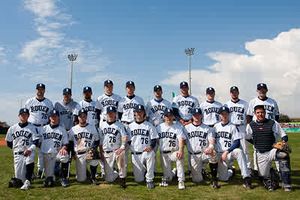 The 2009 Rouen club was ranked 4th best in Europe by mister-baseball.com, behind Bologna and three Dutch clubs (Neptunus, the Pioneers and Amsterdam). Rouen and Amsterdam were tied for fourth place in the rankings that year. 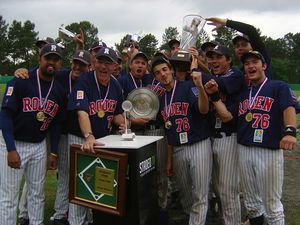