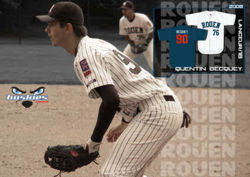 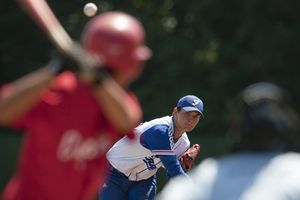 Quentin Becquey is a high school student studying at the French Baseball Academy (Pole France) in Rouen. He made his Division Elite debut on April 26, 2009 pitching for the Rouen Huskies against the Lions de Savigny-sur-Orge. He had also played for Rouen in the 2009 European Cup, with two strikeouts, a walk and one double play grounder in four plate appearances. Becquey was chosen for the 2009 MLB European Academy.

In the 2009 European Junior Championship, Becquey was 0 for 3 with a walk for France, which won the Bronze Medal.

After his studies, he would like to play for an American college and earn a contract playing for an independant league.