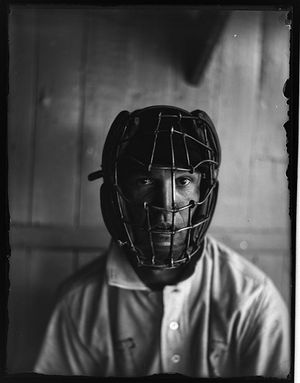 He also lost more games in one season (29) than any other pitcher in the 20th century in 1905, when the Beaneaters lost 103 games. Boston had the distinction of having four players lose 20 or more games that season: in addition to Willis, so did Irv Young, Chick Fraser and Kaiser Wilhelm. His performance in the season of 1902 deserves special mention: Vic Willis started 46 games, completing 45 of them. He also pitched in relief in five other games, and threw over 400 innings.

He pitched for Harrisburg and Lynchburg before coming to the majors. As a 22-year-old major league rookie in 1898, he went 25-13 as the Beaneaters won the pennant. Kid Nichols went 31-12, and Ted Lewis went 26-8 for the team. The next year, 1899 he had more wins than either Nichols or Lewis as he went 27-8. His 2.50 ERA led the National League. On August 7th that year, he his credited with having pitched a no-hitter over the Washington Senators, winning 7-1. However, there is some controversy about the game, as it is likely the result of mis-reporting: the Senators did manage one hit, but it was reported in the papers as an error by 3B Jimmy Collins, before Sporting Life issued a correction a few days later, stating it had indeed been a hit. However, the official statistics were never corrected and the game is still recognized as a no-hitter.

He played for the University of Delaware baseball team, but never actually was a student there. He lived in the college's home of Newark, DE at a time when the school was too small to field sports teams wholly made up of actual students. So the teams went out and recruited a few athletically-gifted local boys to make up the numbers, which is how he got to play on the varsity squad.

The New York Times on March 18, 1911 said that he was scheduled to manage the team in Newark and manage a hotel. After baseball, he ran the Washington House, a hotel in Newark which he bought from the savings accumulated during his playing career. He died of a stroke at age 71.