Hugo Bezdek came to the United States from Bohemia as a teenager. He is the only man to manage a major league baseball team and coach a NFL team.

While attending the University of Chicago, he played fullback on the football team and second base on the baseball team. He was an All-American football player under Amos Alonzo Stagg. After graduating from college, he became the football director at the University of Oregon, piloting them to a 5-0-1 mark. He joined the University of Arkansas a year later as the head varsity football coach and baseball coach. Arkansas went 29-13-1 under his watch and he also helped coin their Razorbacks nickname. Overall, the Razorbacks were 81-37 under Bezdek from 1908 to 1913. One of Hugo's players on both the baseball and football team there was Al Cypert, a future major league infielder.

Returning to Oregon, Hugo coached them to a 30-10-4 record and a win in the 1917 Rose Bowl. He helped develop the spread formation while coaching college football. While he coached at Oregon, he also was employed by the Pittsburgh Pirates as a scout covering the West Coast.

It was not a good time for the Pirates - their top star, Honus Wagner, was at the end of the line, while other key players of the 1900s dynasty such as Fred Clarke, Tommy Leach, Deacon Phillippe and Sam Leever were all gone; the leaders of the 1920s World Series teams were not yet in place. When 1917 Pirates manager Nixey Callahan vanished without notice, he was let go by Barney Dreyfuss. Wagner was hired as an interim manager and Dreyfuss settled on Bezdek as his manager. The team went 30-59 the remainder of the year, but improved to 65-60 in 1918. The 1919 Pirates were 71-68.

In addition to his football-style rigorous workout regime, Bezdek was known for the fine rapport he had with his players, whom he relied upon to make some key decisions given his lack of baseball experience. Two of those players would go on to be among baseball's most famous managers - Casey Stengel and Billy Southworth. Southworth attributed some of his success to Bezdek's style.

Bezdek was offered the job as athletic director, head football coach and baseball coach at Penn State after 1919 and he took the offer, leaving Pittsburgh managerless until George Gibson was signed. At Penn State, Bezdek's football teams went 65-30-11 with two undefeated seasons and a Rose Bowl appearance. In addition, his baseball teams were 129-76-1 from 1920-1930.

In 1937, he was hired by the NFL's Cleveland Rams to be their head coach. This made him the only man ever to coach a NFL team and manage a MLB team. Cleveland only went 1-13 under his reign.

Two years after his death, he was inducted into the College Football Hall of Fame. 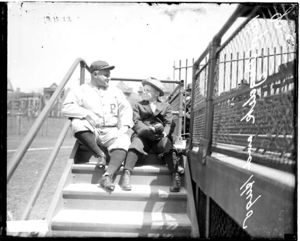