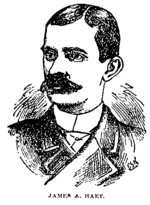 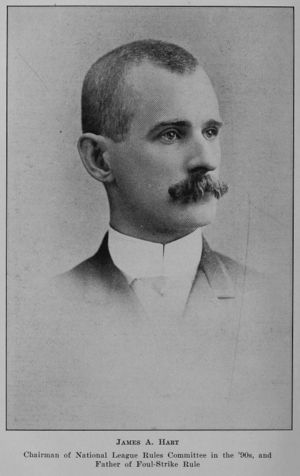 "He proved himself a shrewd and conservative manager, and every club he has handled has made money." - from the book A History of the Boston Base Ball Club, 1897

Jim Hart managed for three years in the majors, most notably in 1889 when his team, the Boston Beaneaters, finished only one game out of first place. They actually had as many wins as the top team, the New York Giants, but lost more games.

On the Beaneaters he managed players such as Dan Brouthers, King Kelly, John Clarkson, and Old Hoss Radbourn.

Sources say he began playing baseball in 1871 while in school, and later managed and became a baseball executive. He also owned a couple of clubs, including the Chicago Cubs.

He is not to be confused with the San Francisco Giants third baseman from the 1960s, Jim Ray Hart.