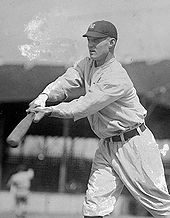 Bunny High played six seasons in the outfield during the deadball era for the Detroit Tigers and the New York Yankees.

In 1913 and 1914, he was the fourth outfielder to the Tigers' regular outfield of Ty Cobb, Sam Crawford, and Bobby Veach. Purchased by the Yankees before the 1915 season, he became a regular with them. It was a time when Wally Pipp was firmly ensconced at first base, and (starting in 1916), Home Run Baker was at third base. The outfielders changed regularly.

He is the brother of Andy High and Charlie High