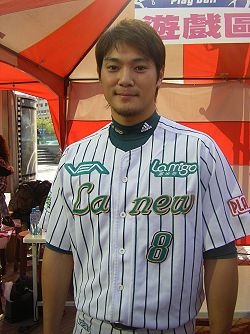 Chih-Yao Chan has played for Taiwan in several international events.

Chan went 2 for 12 with 4 walks and 3 runs in the 2003 World Port Tournament. He was Taiwan's right fielder in the 2003 Baseball World Cup, hitting .303/.378/.515 with 7 runs in 9 games. He had two outfield assists and no errors. The left-handed hitter was 6 for 18 with 2 walks, a homer and five runs in five games during the 2004 Haarlem Baseball Week. He also stole 3 bases in 3 tries. He tied for third in runs, trailing Ralph Milliard and Takashi Yoshiura. He tied Enrique Díaz for second in steals, one behind Milliard.

Chan played two games in the 2006 World Baseball Classic. As a pinch-hitter for Chun-Chang Yeh against Chan-ho Park, he ground to Jin-man Park for a force out to end Taiwan's loss against the South Korean national team. Facing China, Chan replaced Chia-Hsien Hsieh in center field in the 6th inning. Chan grounded out against Tao Bu his first time up. In his next at-bat, he singled off Quansheng Zhao to score Tai-Shan Chang. He thus finished the 2006 WBC 1 for 3. He played in the 2006 World University Championship. In the 2006 Haarlem Baseball Week, Chan appeared as well, going 2 for 6 with 2 walks and a triple. During the 2006 Intercontinental Cup, Chia-Yao hit .259/.310/.296 with 8 runs in 8 games. Only Chung-Shou Yang scored more runs on the team.

Chan hit .396 in the Taiwan minor leagues in 2008. He was 3 for 20 with two walks in the 2008 Haarlem Baseball Week and was held out of the Bronze Medal game. Following 2008, the Cobras (now known as the dMedia T-Rex) folded. In the disbursement draft, Chan was taken by the La New Bears with the third overall pick, following Chia-Hsien Hsieh and Fu-Te Ni. He did not sign immediately, as he wanted to test the international market. Chan was put on Taiwan's roster for the 2009 World Baseball Classic; he pinch-ran in one game and pinch-hit in the other, stepping in for Kuo-Ching Kao and singling off of Kun Chen.