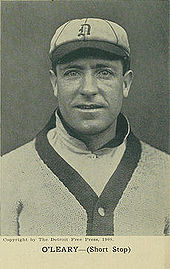 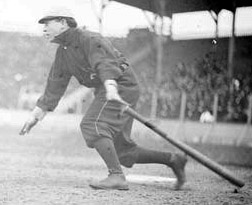 Charley O'Leary grew up in Chicago and was working as an elevator operator there in 1900, when he began his career with the Chicago White Sox of the American League, which was then a minor league. He then spent several years playing for Western League teams in Des Moines, Iowa before being purchased by the Detroit Tigers in 1904. He was the Tigers' regular shortstop for four years before spending five more seasons as a reserve with the club. He spent part of the 1912 season in the minors as manager of the Indianapolis Indians of the American Association, and then spent the next year as the regular shortstop for the St. Louis Cardinals while also serving as a coach for the club.

O'Leary later was a New York Yankees coach from 1920 to 1930, under managers Miller Huggins and Bob Shawkey. When Joe McCarthy took over at the helm of the club, he replaced O'Leary with Jimmy Burke, a Chicago Cubs coach. O'Leary was then hired by Cubs manager Rogers Hornsby to replace Burke on the team's staff.

After three seasons with the Cubs, O'Leary joined the St. Louis Browns as a coach in 1934. Late in that season, he played in a single game, becoming one of six players in major league history to play a game after age 50 (the others are Satchel Paige, Minnie Minoso, Nick Altrock, Jim O'Rourke, and Jack Quinn). Appearing 21 years after his last game, he singled and became the oldest player in baseball history collect a hit or to score a run. What is even more remarkable is that he was 7 years older than his listed baseball age at the time: he was actually 58. The only ML player older than O'Leary to participate in a game was the 59-year-old Satchel Paige.

Following his brief return as a player, O'Leary spent three more seasons on the Browns staff. After his baseball career, O'Leary was a sanitation worker in Chicago. He died following a brief illness in 1941.