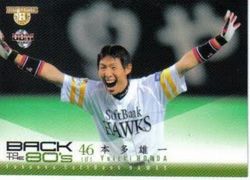 Yuichi Honda played for Mitsubishi Heavy Industries in Japan's industrial leagues after high school. The Softbank Hawks took him in the 5th round of the 2005 draft.

In spring training of his rookie year, Honda suffered a major setback when a Kazuhisa Ishii pitch broke his wrist. He did not make it into a Hawks game until August 4; that day, he got his first career hit, off Shunsuke Watanabe. 13 days later, he hit his first career home run. After his return from injury, he became the primary Hawks second baseman, replacing Mitsuru Honma. He hit .245/.280/.412 in 37 games in 2006.