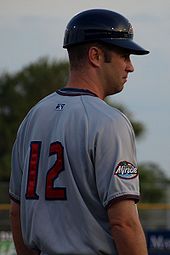 The brother of All-Star Joe Mauer and minor leaguer Bill Mauer and great-nephew of John Mauer Sr. and Ken Mauer, infielder Jake Mauer was selected by the Minnesota Twins in the 23rd round of the 2001 amateur draft (the same year Joe was taken with the first overall pick).

The brothers kept pace for part of one more year, 2003, when they played for the Fort Myers Miracle before Joe was promoted. The gap narrowed further, with Joe only having a 56-point edge in average and 43 points in OBP. Jake batted .279/.352/.303 in 109 games, now primarily at shortstop, where he fielded .983. He again would have had the best fielding percentage for his position and league had he qualified.