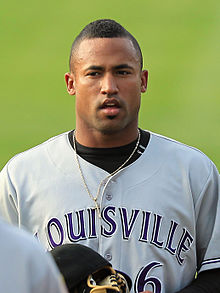 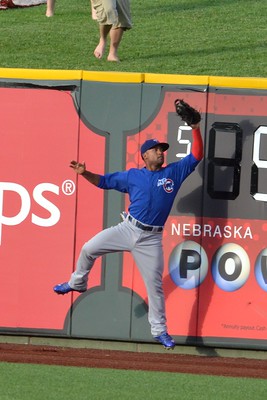 Sappelt attended Coastal Carolina University and was drafted by the Cincinnati Reds in the ninth round of the 2008 amateur draft. He was signed by scout Steve Kring and made his pro debut that summer with the Billings Mustangs, hitting .299 with 7 home runs in 62 games. He split 2009 between the Sarasota Reds and the Dayton Dragons, stealing 47 bases between the two clubs. After beginning 2010 with the Lynchburg Hillcats, he was soon promoted to the AA Carolina Mudcats. With the Mudcats, he hit .361 with 9 homers in 89 games en route to being named Southern League MVP. He ended that summer with a taste of AAA ball with the Louisville Bats, hitting .324 in 25 games. He spent most of 2011 with Louisville, hitting .313 with 7 home runs, before being called up to Cincinnati in August when Chris Heisey went on the disabled list. He made his big league debut at Wrigley Field against the Chicago Cubs on August 7th, going 1-for-5 with a single off Randy Wells in the fifth inning as his first hit in the majors.

Following the 2011 season, Sappelt was traded to the Cubs along with two other players for Sean Marshall. He spent most of 2012 with the Iowa Cubs, hitting .266 with 7 home runs, before a September call-up to Chicago. He hit his first career home run against Jorge de la Rosa of the Colorado Rockies at Coors Field on September 25th, and went yard again off Ian Kennedy of the Arizona Diamondbacks at Chase Field three days later. Overall, he hit .275 in 26 games for the Cubs. He made the team's Opening Day roster in 2013 but was sent down to Iowa in May after hitting only .178 through 20 games. He was back with Chicago briefly in July and ended the year with a .240 average in 31 games. For Iowa that summer, he hit .252 with 5 home runs in 90 games.

The Cubs released Sappelt following the 2013 season, and he was soon signed by the Philadelphia Phillies. However, the Phillies released him the next spring, and he spent much of the next year and a half playing in Mexico. He was signed by the Boston Red Sox in 2015 and hit .207 in 8 games for their AA Portland Sea Dogs. After becoming a free agent, he spent the next three seasons playing in Mexico and the independent leagues.