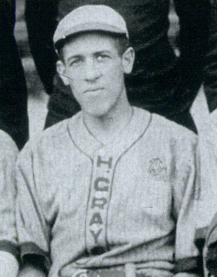 Posey was working as a mail clerk when the Homestead Grays were first formed in 1910 as a semi-pro team and he joined the team in 1911 as an outfielder. Posey took control of the team in 1912. Eventually, the team became the biggest attraction in independent ball, and many teams patterned themselves after the Grays. He was the owner of the team from 1911 to 1946.

Posey ended his playing career in 1929 (he had not played much in the few years since the team had joined the top ranks of black baseball) and devoted his time to managing the team, then turned over the bench manager's job to Vic Harris in 1937 to concentrate on the business end of the team.

In 1922, Posey secured the use of Forbes Field when the Pittsburgh Pirates were out of town. This helped to hold off the threat of the Pittsburgh Keystones who were also trying to raid the Grays' roster. The Grays entered the Negro American League in 1929, but returned to independent play when the league folded in 1930. He also served as secretary of the Negro National League.

Posey used night baseball long before the major leagues, and in 1940 he also secured the use of Griffith Stadium for some of his home games.

Posey died at Mercy Hospital in 1946 of lung cancer. He was elected to the Hall of Fame as part of the 2006 Special Committee on the Negro Leagues Election.