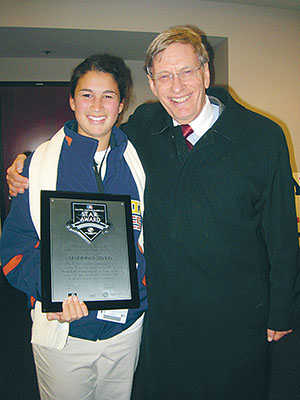 Bud Selig is the founding owner of the Milwaukee Brewers. He owned the team from 1970, when he bought the bankrupt Seattle Pilots and moved them to Milwaukee, WI just before the start of the season, to 2004. He became Chairman of the Executive Committee and acting Commissioner of baseball in 1992 when the owners fired Fay Vincent. As such, he was the principal figure for the owners during the bitter 1994 strike. In 1998, he was formally appointed Commissioner, a title he held until 2015. His daughter Wendy Selig-Prieb succeeded him as Brewers CEO.

During Selig's long tenure, both as acting and official commissioner, baseball has seen two rounds of expansion, the addition of the Wild Card and Division Series, Interleague play, the World Baseball Classic, home field advantage being decided by the All-Star Game, two rounds of realignment, the first relocation of a team since the 1970s and the introduction of instant replay. Selig has also seen less popular happenings such as the steroid scandal and the failed attempts at contraction and Radical Realignment (although two teams did shift leagues during his tenure, something unseen since the 19th century). Selig was widely criticized for his stance during the negotiations of the 2002 Collective Bargaining Agreement, where the threat of contraction was used as a bargaining tactic and his incessant pleading that baseball needed a salary cap to maintain competitive balance almost led to another disastrous strike. During that period, the fiasco that saw the 2002 All-Star Game, played in his home town Milwaukee, end in a tie, also did much to damage Selig's image, as he was perceived to be completely overwhelmed by the unfolding events. His role in the sale of the Montreal Expos to Jeffrey Loria and their eventual relocation to Washington, DC also drew much criticism (he was in fact sued by the Expos' minority owners, along with Loria, but the suit was dismissed). 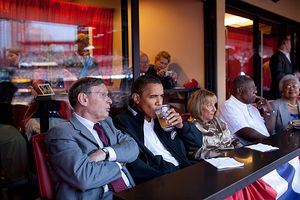 However, the latter part of his mandate were much more positive, as MLB took step to address the PED issue, relations with umpires were much improved following the de-certification of the Major League Umpires Association and its replacement by the World Umpires Association, much less contentious negotiations for the renewal of the CBA post-2002, a wave of new ballpark construction and a huge growth in both attendance and revenue in the major leagues (total revenues grew from $1.2 billion in 1992 to $9 billion in 2014). In particular, the creation of mlb.com was seen as a model of using the internet for the equal benefit of fans, players and owners, creating a new revenue stream shared equally among all clubs. The healthy state of baseball's economy was reflected in record television contracts and prices paid for teams that were put up for sale in the 2010s. Selig was credited with being able to align the up-to-then fractious group of owners behind shared common goals for the game, which made it easier for baseball to adapt to new circumstances. A lot of credit for the successful re-negotiations of the CBA during that period must also go to Donald Fehr and Michael Weiner, who headed the Major League Baseball Players Association.

On September 26, 2013, Selig announced that he would be stepping down as commissioner after the 2014 season. On May 15, 2014, a succession committee was put together to identify a replacement, headed by St. Louis Cardinals owner Bill DeWitt Jr. and solely composed of team owners. They recommended three candidates, with Rob Manfred being selected by the owners as Selig's successor. The transition took place on January 25, 2015, with Bud taking on the specially crafted title of "Commmissioner emeritus" after handing over the reins.

On September 26, 2014, the Brewers announced they would retire uniform number 1 in Selig's honor. In 2016, he was placed on the Veterans Committee ballot of the Hall of Fame, open to players and executives from "Today's Game" era. On December 4th, it was announced that he ahd been elected, alongside long-time front-office executive John Schuerholz.