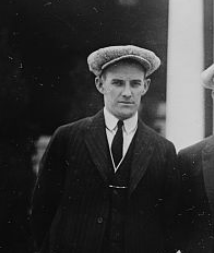 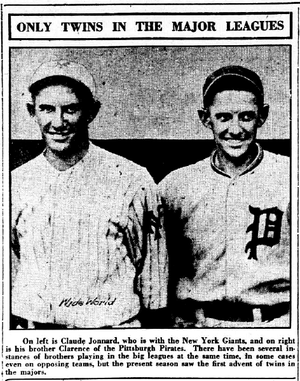 Catcher Bubber Jonnard played six years in the major leagues, spread out between 1920 and 1935. In the year when he got the most playing time, with the Philadelphia Phillies in 1927, he had 154 plate appearances, hit .294 and appeared in 41 games as a catcher.

His pro career went from 1917 to 1935. He played multiple years with the Nashville Volunteers, the Wichita Falls Spudders and the Rochester Red Wings.

He was the twin brother of pitcher Claude Jonnard. After his playing career ended, he was a Philadelphia Phillies coach and a member of the New York Giants staff. He also managed the Minneapolis Millerettes in the All-American Girls Professional Baseball League in 1944. Later on, as chief scout of the expansion New York Mets, he was responsible for signing Ed Kranepool, Mike Jorgensen, Nino Espinosa and Ken Singleton.