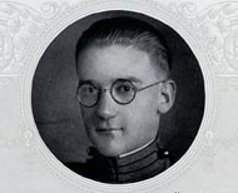 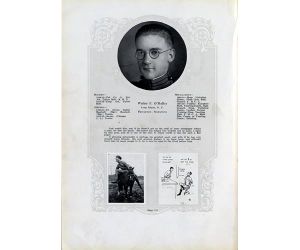 "Baseball isn't a business; it's more like a disease." - Walter O'Malley

Walter O'Malley attended Culver Military Academy, the University of Pennsylvania, and went to law school at Fordham University and Columbia University. He became an attorney in 1930, taking over legal work for the Brooklyn Dodgers in 1943. Along with Branch Rickey and John L. Smith, he purchased 75% of the Dodgers in 1944. When Smith, a tycoon with the Pfizer company died, O'Malley took over his stock. Eventually O'Malley and Rickey parted ways, and by 1950, O'Malley had 67% of the stock in the Dodgers, and became president of the club.

In 1958, O'Malley moved the Dodgers to Los Angeles, CA where they became the Los Angeles Dodgers, a move that made him a villain to millions of devastated fans left behind in Brooklyn, but which also turned out to be hugely successful, opening the West Coast for major league baseball. Under his ownership, the team won thirteen National League pennants and four World Series titles (one in Brooklyn, and three in L.A.). After his death, ownership of the club was assumed by his son Peter O'Malley.

O'Malley was voted into the Hall of Fame in December of 2007.