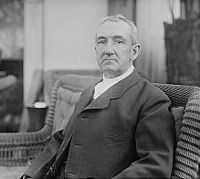 Along with his brother Frank, Stanley Robison purchased the St. Louis Browns from Chris Von der Ahe in 1898. He owned the team, whose name was changed to the St. Louis Cardinals, until his death in 1911 and even managed the club for part of the season in 1905.

The Robisons had also owned the Cleveland Spiders in the 1890s and were denied permission to sell the club to interests in Detroit or Toronto. Instead, after buying St. Louis, the transfer of players from Cleveland to St. Louis led to the dismal 1899 campaign in Cleveland.

Robison Field in St. Louis, MO was named after him and his brother.