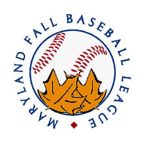 After the end of the five-year Hawaiian Winter League, Major League Baseball tried to set up a new winter league to supplement the MLB-run Arizona Fall League. The Maryland Fall League was thus created in 1998. Intended for A and AA prospects, the MFL was a four-team league that drew good crowds and had a competitive race. Deciding that they needed a locale with warmer weather, MLB ended the experiment after one season and set up the California Fall League instead in 1999; the CFL would be a failure.

The league began on September 22 and ended on November 1, with a 42-game schedule. The Frederick Regiment won the league's only title. The team won despite dropping their final doubleheader as the second place Delmarva Rockfish, who entered the day one game back, were also swept.