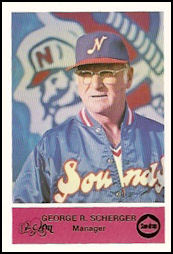 He celebrated his 85th birthday in November 2005 at his residence in Charlotte, NC. He passed away at home at age 90 in 2011

For a full Bibliography from SABR's The Baseball Index (TBI)