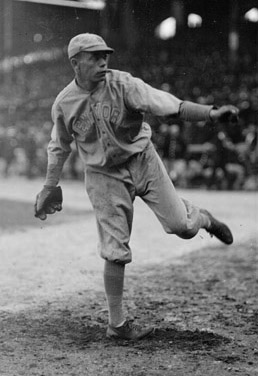 Much of his career was spent under manager John McGraw with the Giants, on teams which usually finished first or second in the league when Schupp was with them. He appeared in the 1917 World Series, starting Game 2 against the Chicago White Sox but getting pulled quickly, and pitching a complete-game 5-0 victory in Game 4 four days later. He was matched up against Red Faber both times.

Some of the most-similar players identified by the similarity scores method are unexpected: Herb Score, Dave Dravecky, Charlie Lea and Tom Phoebus.

He moved to Los Angeles, CA in 1932, dying there many years later.