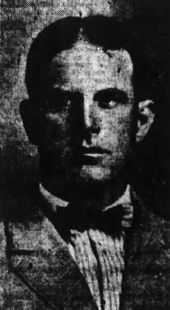 Charlie played many years in the minors and also managed at least five seasons.

Although he was called Charlie the catcher, Moran did some pitching during his early years in the minors (and in the majors). He was 10-7 in 1902. He also appears to have played primarily first base in the minors in 1903.

"Under Uncle Charlie Moran, who had been an assistant coach at Carlisle in the days of Jim Thorpe, and then a head coach at Texas A&M; the (Centre College) Praying Colonels as they were now known . . . played a wide-open style of football for that era." - from the College Football Historical Society newsletter for August 1996