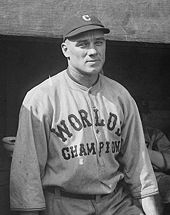 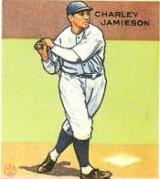 Charlie Jamieson played 18 years in the major leagues with a major league career batting average of .303.

He spent the last 14 years of his major league career with one team, the Cleveland Indians, playing in the 1920 World Series with them and hitting .333. He and Joe Evans alternated as lead-off hitter in the Series.

He is the only major leaguer (through 2008) with the last name Jamieson, although two other major leaguers have had "Jamieson" as a middle name.

Lawrence Ritter interviewed Charlie Jamieson on tape in 1963; the transcript is available from the University of Notre Dame.