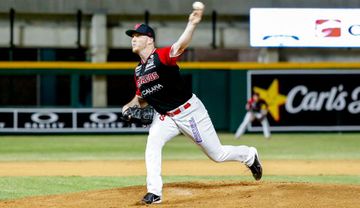 Casey Harman is a lefthanded pitcher from Vermont who starred at Clemson University before playing professional baseball, both in affiliated ball and in several independent leagues across Canada, the United States, Taiwan, the Dominican Republic and most recently Mexico.

Harman excelled in football, basketball and baseball in high school. Upon graduation from South Burlington High School in 2007, Harman owned the career mark for most three-pointers in school history. On the baseball diamond, he led SBHS to three consecutive state championship games, starting all three (and winning two) on the mound. In 2007 Casey led the Rebels to a perfect 20-0 record on his way to being named Vermont Gatorade player of the year. Harman chose to attend Clemson University in the fall of 2007, where he would go on to play for another South Burlington alum, head coach Jack Leggett. 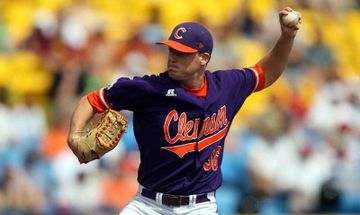 Coming into his junior season, Harman was chosen as the staff ace for the 2010 Clemson Tigers. He would not disappoint, leading the Tigers in innings pitched, wins and strikeouts. Harman led Clemson to the 2010 College World Series in Omaha, NE the last of which to be played at the iconic Rosenblatt Stadium. There Harman took down the number one overall ranked Arizona State Sun Devils before Clemson fell in his second start, a 4-3 loss to eventual champion South Carolina. Harman finished the 2010 season with an 8-4 record in 121.0 IP, he struck out 105 and walked just 34 to go along with a 3.79 ERA.

Harman had immediate success in his first season in the Cubs minor league system. In 2011 he split the season between the Peoria Chiefs (A) and Daytona Cubs (A+). In 83.2 IP, he posted a 5-6 record with 75 K and 16 BB to go with a 3.23 ERA. Harman's Daytona Cubs won the Florida State League Championship that summer.

In 2012 Harman started the season in Daytona, before being promoted to AA Tennessee Smokies. Between the two clubs, he posted a 1-4 record in 64.2 IP, striking out 48 while only walking 13 to go with a combined ERA of 4.18.

On the final day of Spring Training in March 2013, the Cubs released Harman, which was somewhat of a surprise given his success during his two seasons in the minors. Two months later, Harman signed on to join the Québec Capitales of the Can-Am Association. In his only season with Quebec, Harman thrived as the set-up man, going 3-2 with a 2.77 ERA in 52.0 IP. He again posted a very impressive strikeout/walk ratio of 43/13. Québec won the 2013 Can-Am title, their fifth straight crown.

Harman was traded to the Laredo Lemurs of the American Association prior to the start of the 2014 season. During the off-season he returned to Clemson University to finish up his degree prior to joining the Lemurs in South Texas. Harman moved from the bullpen to the starting rotation for the Lemurs, posting a 6-2 record in 84.0 IP, striking out 50 while walking 12 to go with a 4.18 ERA. Late in the Lemurs' season Harman appeared in three games in the outfield, filling in for several injured starters. In his first at-bat in Indy ball, he launched a three-run homer.

After taking three years off to focus on his baseball specific training company, in 2018, Harman, decided to make a comeback. The lefthander announced his signing with the Wichita Wingnuts of the American Association. Harman thrived while re-united with former Clemson Tiger battery mate John Nester. With the Wingnuts, Harman logged 121.0 IP, walking 33 while punching out 98 on the way to an 11-5 record with a 3.87 ERA. Following the end of the American Association's season, Harman was picked up by the Sugar Land Skeeters where he helped the club win an Atlantic League title. In his two-week stint in Texas, Harman threw 4.0 innings, giving up 2 earned runs while striking out 5 at the end of the regular season, before turning it up a notch in the playoffs, where in three outings, he gave up only 1 earned run over 8.0 innings, allowing just 4 hits while punching out 10 without walking a batter. 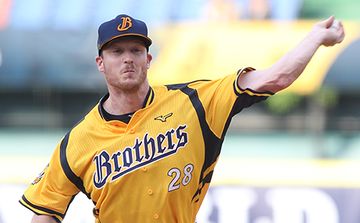 Harman's strong bounceback season continued into the fall and winter of 2018. Harman signed with the Venados de Mazatlan in Mexico. South of the border, Harman went 4-1 with a 3.40 ERA in 42.1 IP, striking out 34 while walking just 6 batters. Mazatlan eventually bowed out of the playoffs against the Charros de Jalisco, whose closer was major league reliever Sergio Romo.

In early 2019, Harman signed with the Triple-A Puebla Pericos, again in Mexico. In his time with Puebla, the lefthander went 8-1 record in 69.0 IP, in which he has walked 15 and struck out 54, to go with a 4.57 ERA and 1.30 WHIP. For his efforts, where he was selected to the 2019 All-Star Game. Following the mid season classic in Mexico, Harman announced that he had signed with the Chinatrust Brothers of the CPBL in Taichung, Taiwan. The lefty spent the second half of 2019 playing his home games in Intercontinental Stadium. In Taiwan, Harman appeared in 13 games (11 starts) logging 63 1/3 IP, allowing 81 H, 32 ER, to go with 12 BB and 58 K. His final record for the 2019 CPBL was 5-3 and his ERA finished at 4.55. The Brothers lost in the 2019 Taiwan Series to Lamigo Monkeys 3 games to 1.

Harman spent November and December 2020 pitching in the Dominican Republic for Leones del Escogido in the Liga Dominicana de Beisbol Profesional (LIDOM). There, he was named the Opening Day starter for Escogido, where he was teammates with Vladimir Guerrero Jr, Gregory Polanco, and Fernando Rodney. Harman finished the season 0-2 in 24.1 IP, allowing 21 H, 13 ER (4.81 ERA), 9 BB and 11 K (1.23 WHIP). The Leones bowed out of the LIDOM playoffs against the Estrellas Orientales, led by Fernando Tatis Jr and Robinson Cano.

Harman went back in Mexico for the 2021 season, both for the summer and winter leagues. In the summer, Harman went 1-0 over 4 starts (16.1 IP, 16 H, 8 ER, 6 BB, 9 K, 4.61 ERA) in the regular season for Yucatan. In his first playoff start, Harman held Yasiel Puig hitless in three at bats in a 7-6 Yucatan win. The lefty went six strong innings against Veracruz, scattering 4 hits, giving up 2 runs, while walking 1 and striking out 4.