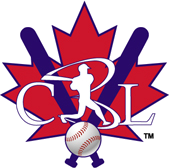 The league was announced on November 20, 2002 as an eight-team Canadian league with the hope to be the "the CFL of baseball." To mantain this aspect of the league to each team was required to have five Canadian players on its 25-man roster. [1] To procure players, John Haar, former Canadian national team head coach, was hired as the league's Director of Operations. The league was composition was:

Despite the national presence of the league at its announcement, during the league's planning phase, the CBL had a more westernly focus, as evidenced by the some of the early proposed teams:

The league signed its first players on December 4 and held a dispersal draft for its teams in April.

This section is in need of some additional content. Please help the Bullpen by expanding it, or learn how to contribute.

The opening day was on May 21, 2003, at London's Labatt Park. 5,100 were on hand to see the London Monarchs host the Montreal Royales. London Monarchs lead off hitter Carlos Wild recorded the CBL's first hit with a double. He later scored the Canadian Baseball League first run.

The league featured rule alterations with automatic intentional walks and pinch-runners for catchers with two outs in an inning. The league also featured the designated hitter.

Even though the league had star power and started off well, it immediately faced many problems.

The Montreal team was placed in the city despite not having a stadium deal. The team intending to fill the void left by the rumors surronding the relocation of the city's National League team. The team were forced to become a traveling team as they had no ballpark.

The league did have a national television deal with The Score network to show eighteen games on a weekly Sunday program, "Baseball Night in Canada." [2] However, the league cancelled the broadcasts after six weeks. The league only had two sponsors, VIA Rail and Pepsi. The VIA deal was more of an exchange, in return for advertisements, the railroad handled some league travel. The Pepsi deal was in the low six figures for the soda company's logo on in-stadium signage, game day programs and promotions and the league's website. Radio coverage of the league was nearly non-existant and the long inter-divisional travel times took its toll on the league's budget.

Only the Victoria Capitals drew above the league's sustenance level of 1,500, averaging 1,681 fans per game. The Calgary Outlaws drew 1,201 per game; and the London Monarchs drew an average of 731. After that attendance dropped steeply with the other four teams drawing less than 300 per game; Kelowna, 271; Saskatoon, 256; Niagara, 181; Trois-Rivières, 163. [3] The league's "Showcase Series," games played at neutral sites, diid not fare any better with the two series in Sherbrooke, QC and Welland, ON drawing barely over 100 fans to three and two games respectivly. [4]

On July 17 the league announced that it would suspended its operations after the league's upcoming all-star game.

The End at the All-Star Game[edit]

The all-star game was played at Burns Stadium in Calgary, AB on July 23. The Western Division defeated the Eastern Division 6 to 5 after ten innings and one home run derby. The game was tied at five apiece after ten innings and the CBL implemented a rule that if an all-star game was tied after ten innings, the game would be settled with a home run derby. Each team sent three players to bat and with each player given three outs. After the East's Francisco Cabrera (London), Pascual Matos (Trois-Rivières) and Armando Guerrero (Montreal) did not hit any home runs, Jamie Gann (Kelowna) hit one over the left field wall winning the game for the West.

The league suspended its operations after the game.

While it wss publicly that the league would regroup and return in 2004, like many other leagues unaffiliated with Major League Baseball that have started-up since the mid-1990s the league did not return. The remaining assets of the league were quietly auctioned off on December 1, 2003 in Vancouver, BC.