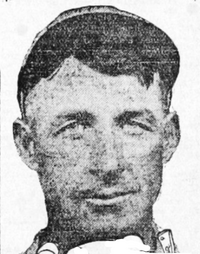 Burt Shotton had a 14-year major league career as an outfielder, mostly in the dead-ball era, and then managed 11 seasons in the big leagues, including two pennant-winning Brooklyn Dodgers teams in the late 1940s.

Almost all of his major league playing career was spent in St. Louis, either with the Browns or with the Cardinals. His tendency to draw walks was of great value in the dead-ball era when hits were hard to come by.

The most similar players to Shotton, according to the similarity scores method, are two outfielders who were well-known players a bit before him - Jimmy Slagle and Topsy Hartsel.

As a manager, Shotton is best remembered for wearing street clothes in the dugout rather than a uniform. In 1947, he replaced Leo Durocher in Brooklyn after Commissioner Happy Chandler suspended Durocher for the entire season for "conduct detrimental to baseball" - notably, Leo's association with gamblers. Shotton was known for playing hunches and taking some surprising tactical risks (for example, when he had Al Gionfriddo steal second in Game 4 of the 1947 World Series, down 2-1 in the 9th inning).