After winning the pennant in 1901, the 1902 Chicago White Sox looked poised to repeat. Speedy outfielder Danny Green jumped to the Sox from the crosstown Orphans, and the club also lured Sammy Strang, Thomas Daly, and Ed McFarland from the National League.

The White Sox were in first place by five and a half games in mid-July and led the AL as late as August 11th. However, after a .500 August, they ended up finishing in fourth place.

In a September 20th game against the Detroit Tigers, pitcher Nixey Callahan threw the first no-hitter in club history. Roy Patterson also starred for the club on the mound, winning 19 games and posting a 3.06 ERA. Sox hitters lead the American League in stolen bases, and four players had at least 35 steals: Sandow Mertes (46), Frank Isbell (38), Strang (38), and Green (35). 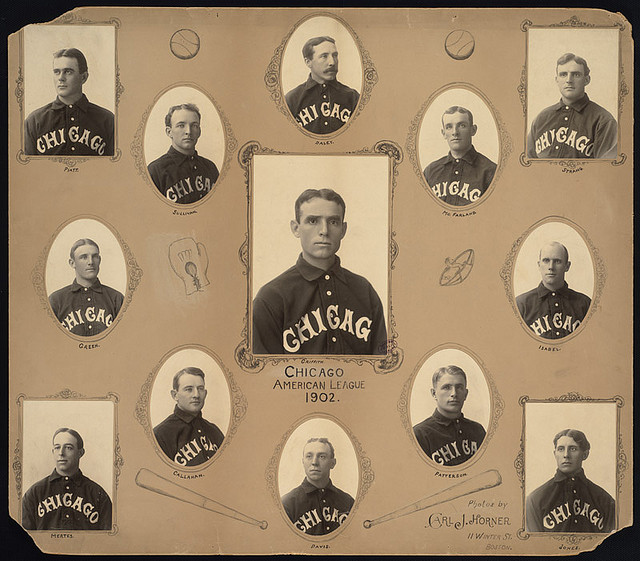