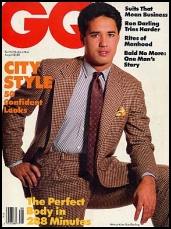 Ron Darling, a high-profile player when he was with the New York Mets, pitched 13 seasons in the major leagues, winning 136 games. He won Game 4 of the 1986 World Series, a Series that the Mets went on to win in seven games.

Darling was the only major league player to come out of Yale University since the 1950s until Craig Breslow came up in 2005.

Darling was drafted in the first round of the 1981 amateur draft by the Texas Rangers. He spent most of three years in the minors, getting traded to the Mets alongside Walt Terrell in return for Lee Mazzilli during that time. In his first full season in the majors, 1984, he won 12 games and went on to win in double figures each year from 1984 to 1989 with a peak in 1988 when he won 17 games. He was a member of the starting rotation for the Mets team that won the 1986 World Series over the Boston Red Sox.

Darling pitched for three teams in 1991, coming to the Oakland Athletics at the end of July. In his first American League start in 1991, he gave up only two singles, winning the game 3-0. In 1992, he carried five no-hitters in the the sixth inning or later, two of them into the 8th inning. He went 15-10 that year. He closed out his career with the A's in 1995.

He threw a split-fingered fastball and a cut fastball.

He has been a Mets color analyst on television since 2006, partnering with Keith Hernandez and Gary Cohen. He had to take a leave of absence from his job in 2019 when he was diagnosed with thyroid cancer, but was able to return in early June.

Darling's brother, Eddie Darling, was a first baseman in the New York Yankees' chain in 1981-1982.

Ron had a bit part in the Jack Black film Shallow Hal.