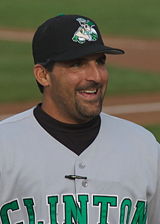 After his playing career ended, he became a minor league coach in the Cubs organization. He coached the Daytona Cubs in 2000, the Lansing Lugnuts in 2001-2004 and returned to Daytona in 2005.

In 2006, he left for the Texas Rangers and moved up to manager of the Spokane Indians of the Northwest League. The next year, he became skipper of the Clinton LumberKings of the Midwest League. Micucci became the Rangers minor league field coordinator in 2010-2011.

In 2012, Micucci moved to the Los Angeles Angels' chain as manager of the Arkansas Travelers. He was then minor league field coordinator in 2013.