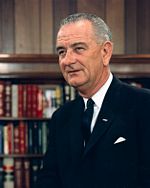 President Lyndon B. Johnson attended the first game at the Astrodome, an exhibition between the Houston Astros and New York Yankees on April 9, 1965. He also attended three other major league games while President.

Johnson was a tall youngster who played catcher, pitcher and first base as a youth, and, of course, was on the basketball team in high school. 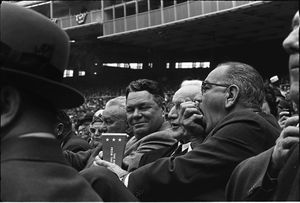 Clark Griffith said Johnson, before he was majority leader, used to come to the park and chat with Griffith about the team.