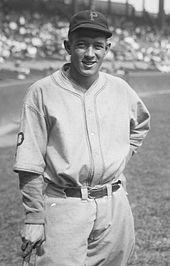 The most similar player to George "Boots" Grantham is Hall of Famer Jackie Robinson, although Grantham played mostly during the 1920s, a lively ball era, when hitting was a bit easier.

He is the only major leaguer to attend Northern Arizona University.

Following retirement from baseball, George Grantham worked for a department store in Arizona. He died shortly after suffering a stroke at the age of 53.