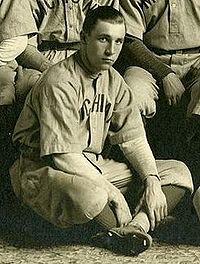 A light-hitting shortstop, Lavan was error-prone, booting the ball for both St. Louis teams. He was purchased by the St. Louis Browns from Muskegon of the Michigan State League in 1912 and made his major league debut on June 22, 1913. On August 24 of that year, he was purchased by the Philadelphia Athletics for a cash sum to hold. He was on the Athletics' roster for the 1913 World Series but was not used as Philadelphia disposed of the New York Giants in 5 games. On February 5, 1914, he was released by the Athletics and returned to the Browns.

He made 75 errors in 1915 for the Browns, then on September 7, 1917, Browns owner Phil Ball accused his players of lying down on the job because of their conflict with manager Fielder Jones. Lavan and 2B Del Pratt sued Ball for $50,000 damages for his alleged slanderous statements in St. Louis newspapers. This soured atmosphere led to his being traded on December 15 with Burt Shotton to the Washington Senators for Bert Gallia and $15,000 cash. After one season in Washington, he was sold to the St. Louis Cardinals and twice led National League shortstops in miscues while with the Cardinals. He holds the record for most runs batted in by a Cardinals shortstop (82) in 1921 (tied by Edgar Renteria in 2002) (JK).

Lavan died in Harper Hospital in Detroit, MI at age 61 after a brief illness and is buried at Arlington National Cemetery in Arlington, VA.