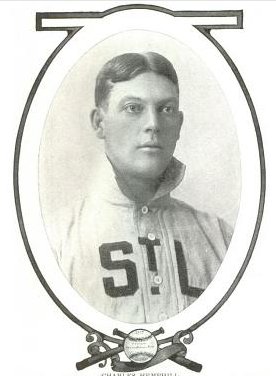 He started in 1899 with the St. Louis Perfectos, where he was tried in center field, as was rookie Mike Donlin. Hemphill was assigned after only 11 games to the Cleveland Spiders, where he got more playing time on one of the worst teams ever (the two teams were linked through syndicate ownership). He came back to the majors as a regular with the Boston Americans in 1901, in the inaugural year of the new American League.

In 1902, after some time with the Cleveland Bronchos, he came to the St. Louis Browns and was their best offensive player, outperforming Hall of Famers Jesse Burkett and Bobby Wallace. The team finished second in the league.

Hemphill stayed with the Browns for four more years, never outperforming his 1902 season although his 1906 season with the Browns was one of the best on the team (teammate George Stone dominated the league that year).

In addition to his batting, Hemphill stole 207 bases in his career, finishing second in the league in 1908.

After his time in the majors he managed the Atlanta Crackers in 1912.

His brother Frank Hemphill was in the majors in 1906 and 1909 but not on the same team.