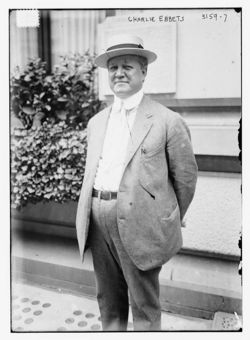 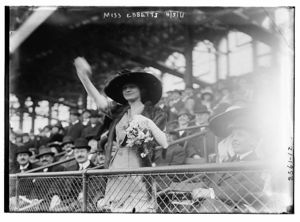 Charles Ebbets worked for the Brooklyn franchise when he was young, selling scorecards, taking tickets, etc.

Ebbets bought bought a small amount of stock in the club in 1890 and became its secretary in 1896 and president in 189], although he was still a minority stockholder. During the 1898 season, Ebbets decided to manage the club himself, without any notable success.

Ebbets borrowed enough money in the early 1900s to buy the rest of the stock in the club. In August of 1912, Ebbets sold half of the club to the McKeever brothers for $100,000. He was the president of the ballclub, while Edward McKeever headed the company which owned the land and the ballpark.

Ebbets Field, the team's long-time ballpark in Brooklyn, NY, was named after him.