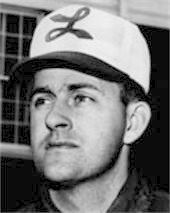 In 1957, New York Yankees farmhand Bob Riesener had one of the greatest statistical lines in the history of minor league baseball. Pitching for the Alexandria Aces of the class C Evangeline League, Riesener went 20-0, leading the league in wins, ERA (2.16, over a run ahead of the #2 man) and shutouts (4). The Aces were just above average (48-43) when Riesener did not get the decision. He only had 4 no-decisions for the Aces. No other minor league pitcher has ever gone 20-0 during the regular season; Tony Napoles had gone 18-0 in the 1946 North Atlantic League and added a 4-0 in the postseason. The closest anyone has come to Riesener's mark have been Billy Macleod (18-0 in the 1965 Eastern League) and Francisco Montano (19-1 in the 1994 Mexican League).

Riesener does not hold the record for best overall seasonal record as he was called up to the New Orleans Pelicans after the Evangeline League season ended; he allowed 7 runs in 5 innings in his debut and lost both games he pitched for the club. The rest of his career remained mediocre as he went 14-15 from 1958 to 1960.

Bob Riesener was born on June 21, 1937 in Elizabeth, New Jersey. He was the head baseball coach at the University of Montevallo. Is the all-time winningest collegiate baseball coach in Alabama with 1,021 wins. In 20 seasons of coaching, 11 of his teams finished in the top-25.

He was named the Alabama Collegiate Conference's "Coach of the Year" four times while at Livingston University (now the University of West Alabama). In 1970 his Livingston team won the NAIA Area V Championship and placed third at the NAIA National Tournament.