Richard Nixon threw out the first pitch on Opening Day. 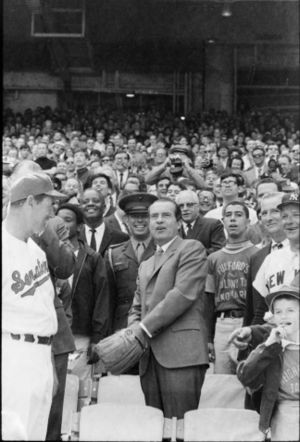 Another view of Nixon on Opening Day

The 1969 Washington Senators had the first winning season in franchise history, and the only one while they were located in Washington, DC.