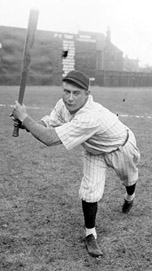 Prior to the 1914 season, the Chi-Feds (also known as the Chicago Whales) lured future Hall of Famer Joe Tinker away from the Cincinnati Reds to manage the club. The team led the Federal League for much of the 1914 season but finished second behind the Indianapolis Hoosiers, falling behind the Hoosiers after they lost a doubleheader to the Kansas City Packers on October 6. They won the season's last game on October 8 - but so did the Hoosiers behind Katsy Keifer, giving the pennant to Indianapolis.

The Chi-Feds were the property of flamboyant Chicago businessman Charles Weeghman, who had long harbored the dream of owning a major league baseball team and saw the emergence of the major league Federal League as his opportunity to do so. He hired Tinker and put together a very solid group of ballplayers, and also oversaw the building of a brand new ballpark - Weeghman Park - which was completed just before the start of the season and still stands today as Wrigley Field, home of the Chicago Cubs. The Chi-Feds went to spring training in Shreveport, LA, where they were plagued by unseasonably cold and rainy weather. As a result, the venture south ended up costing Weeghman a large amount of money when it had been planned as a money-making venture. 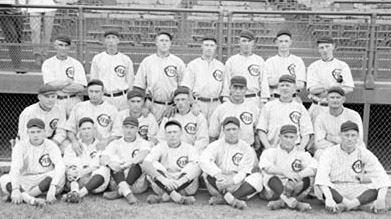 The 1914 Chicago Whales at Weeghman Park